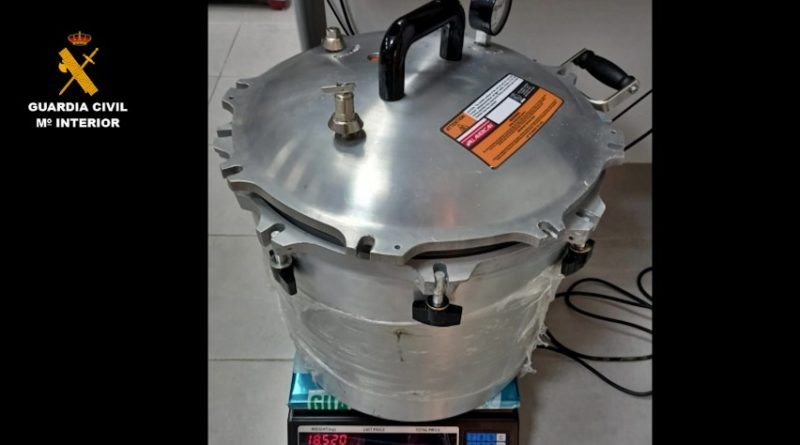 The Spanish Civil Guard has intervened in Herrera del Duque (Badajoz) an express pot that contained hidden three kilos of cocaine. Coming from Chile, the drug was hidden in a double bottom and on the inside walls of the pot. The two people who have received the package have been arrested as alleged perpetrators of a crime against public health.

The location of the pot with the drug has been possible thanks to the collaboration of the Chilean Police with the Organized Crime and Anti-Drug Team (EDOA) of the Civil Guard in Badajoz.

The investigators found out that the destination of the package would be the Badajoz town of Herrera del Duque, so they established service devices to monitor it from its arrival at the Adolfo Suárez airport (Madrid) until its reception by its recipients.

Once its metallic structure was analyzed and after a complex dismantling job, the agents discovered hidden in the walls of its structure, a double bottom with the amount of 3,010 grams of cocaine.

Those arrested for crimes against public health have been placed at the disposal of the Investigating Court of Herrera del Duque (Badajoz). 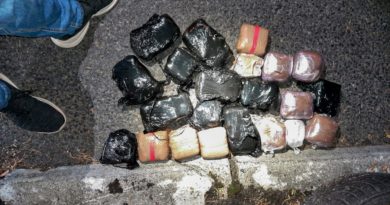 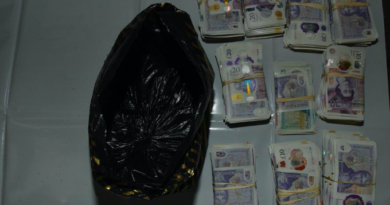 More than £1m recovered from two trucks leaving the UK