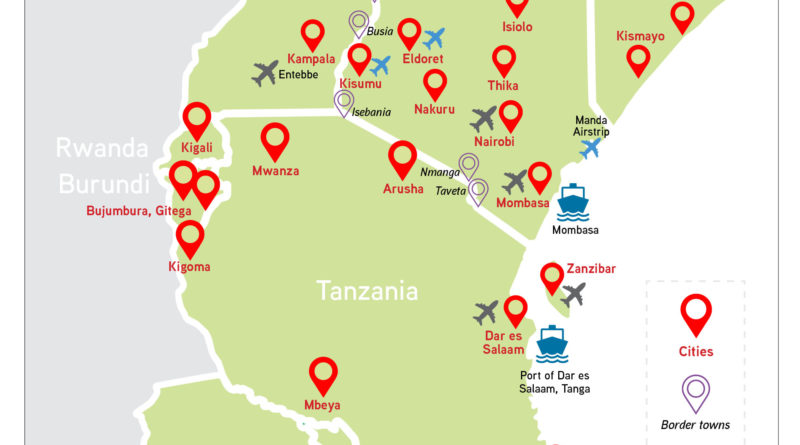 East Africa, which has experienced relative stability on the African continent and is considered a key security partner in the war on terror, is at a critical juncture. As it struggles to recover from the ravag- es of the COVID-19 pandemic, the region finds it- self engaged in a struggle against extremism, crime and corruption.

Surrounded on all sides by potent terror groups, deeply penetrated by domestic and international crime groups and undermined from within by corrupt members of its business, civic and political classes, East Africa’s fragile institutions face a dire threat.

At the heart of this struggle is the persistent menace of illicit trade. Illicit trade exacts a terrible cost from East African society, corroding its economic and social structures, threatening precious wildlife populations and leeching vital resources that should rightly be directed to sustainable development goals.

Illicit trade networks in East Africa are intimately connected to zones of political instability in neighbouring countries, such as Somalia, the Central African Republic and the Democratic Republic of Congo, as well as northern Mozambique. The conflicts in these regions are sustained by a two-way traffic of illicit goods with East Africa.

This report demonstrably reveals that illicit trade has also become the principal financier of extremism, funder of criminal enterprises and breeder of corruption in both East Africa and its surrounding regions.

This report shows how:
• In recent years, East Africa’s developed trans- port infrastructure and increasingly affluent consumer markets have seen the region become a prime target for illicit trade networks.
• Weak border controls, security infrastructure and market surveillance tools have facilitated the emergence of a mass market for illegally imported and exported goods, including counterfeit pharmaceuticals, alcohol and tobacco.
• Militant groups such as Al Shabaab and Ahlu Sunnah Wal Jamaah exploit the illegal wildlife trade to pay their soldiers and fund their campaigns of violence, while causing huge damage to precarious populations of elephant, rhino and pangolin.
• Illegal wildlife trafficking has continued during the pandemic despite increasing international awareness of the threat posed by zoonotic diseases which may originate in the illicit transfer of animal products.
• Ongoing conflicts in central African nations such as the Democratic Republic of Congo and Central African Republic are fuelled by the illegal expropriation and smuggling of environmental resources, including diamonds and wildlife. These illicit goods are commonly routed through East Africa on their way to international markets.
• Asian crime syndicates target East Africa to import illicit animal products and export narcotics and counterfeit goods. Their penetration of the region has been greatly enabled by the rise of digital technologies and the absence of any meaningful digital security infrastructure.
• Organised crime groups from South America, West Africa and Europe also use the region as an important staging post for international drug trafficking. Rising addiction rates suggest the region is fast becoming a destination market for illegal narcotics.
• International and regional crime groups, as well as corrupt officials, have moved quickly to exploit the COVID-19 pandemic, selling counterfeit sanitising gels and coronavirus testing kits. The same groups are poised to intercept legitimate COVID-19 vaccine supply chains with counterfeit and potentially dangerous substitutes.

Illicit trade is the lifeblood which sustains extremist groups operating in East Africa and its surrounding regions, including Al Shabaab, ISIS and the Janjaweed to the north, the Lord’s Resistance Army and dozens more rebel militias in Central Africa, and the ISIS-linked Ahlu Sunnah Wal Jamaah in northern Mozambique. Similarly, urban gangs and international crime syndicates operating throughout the region, as well as corrupt state officials and businessmen, all thrive off the shadow economy.

Illicit trade is not only a key enabler of extremism, crime and corruption in East Africa, it is also the common denominator which connects them.

Globalisation has enabled a rapid convergence of illicit trade networks, opening up markets to international crime groups while facilitating coordination between illegal organisations. In recent years, this trend has become increasingly apparent in East Africa, with illicit trade providing a basis for cooperation between myriad malefactors, such as between Al Shabaab and the street gangs of Nairobi, as well as South American narco-traffickers and corrupt elements of Mozambique’s political classes.
The scale of the problem is staggering. A recent market survey conducted by the Kenya Association of Manufacturers determined determined that 40% of consumer products, including cigarettes, alcohol and water, are illicit. As much as 70% of the alcohol available in Uganda is thought to be illegal.

Despite all this, there are signs of hope.

There is increasing awareness of the deep connections between illicit trade, extremism, crime and corruption, leading national governments and, to a lesser extent, regional bodies, to take more concerted action to clamp down on illegal trafficking in all its forms. International assistance targeting specific categories of illicit trade, such as anti-narcotics training programmes overseen by the United States’ Drug Enforcement Administration (DEA), have also been helpful.

As this report makes clear, however, there is a great need for coordinated action against illicit trade across the whole East African region. It is not enough for individual countries to take isolated measures targeting only specific categories of illicit trade.

The region is only as strong as its weakest link. As Kenya has improved its maritime security, heroin traffickers have begun redirecting their shipping routes to the coasts of Tanzania and Mozambique, where enforcement agencies are weaker. Similarly, Uganda’s lack of factory inspections has created a gaping hole in the East African Community’s customs union, allowing illicit goods to enter the market unchecked, while sowing distrust amongst regional trading partners.

In order for East African countries to rebuild following the COVID-19 pandemic, return to positive economic growth and secure the future for its young, bustling populations, illicit trade must be tackled as a matter of highest priority. Clawing back a portion of the tax revenue lost to illicit trade every year would greatly aid the region’s post-COVID-19 economic recovery, while negating the need to raid an already over-stressed and narrow tax base. To do this, East Africa desperately requires updated and enhanced tools to fight back against illicit trade, and these must be adopted uniformly across the region.

In the Recommendations section, a five-point plan illustrates how national governments and their international allies can effectively combat illicit trade and, in so doing, turn off the taps for extremism.

A report by Sir Ivor Roberts for the Counter Extremism Project.
To read the full report, visit: www.counterextremism.com/content/unholy-alliance 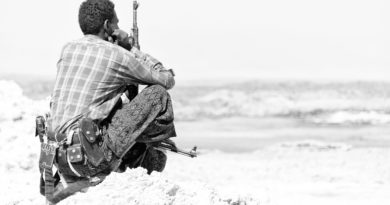 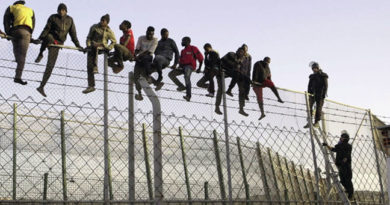 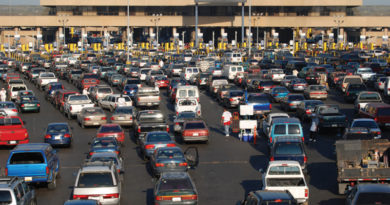