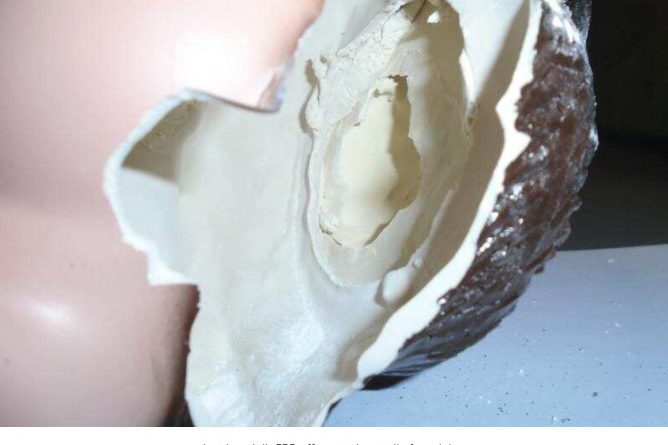 Nightly officers at Express Consignment Operations hub in Louisville inspect hundreds of packages arriving from various locations, either from stateside addresses or from foreign locations. Many inspected packages reveal illegal contents that are concealed to smuggle their product through the mail system. CBP officers use knowledge, experience, and technology to detect these items, and seize them before they reach their ultimate destination.

Last week officers intercepted 89 shipments which contained a variety of different drugs, ranging from controlled substance prescriptions to methamphetamine to fentanyl. Fentanyl was found in two different shipments. One shipment concealed ButyrFentanyl within an art craft, while the other shipment contained more than 2 pounds of Fentanyl concealed in a doll. Theses shipments originated from Mexico.

Fentanyl is an extremely toxic substance to handle in addition to being a dangerous narcotic to use, with two milligrams considered a lethal dose. Officers are extremely careful when confronted with this substance, which again demonstrates the risk CBP officers face performing their daily duties.

“Our CBP officers worked diligently to stop these dangerous parcels from reaching their destinations, especially fentanyl,” said LaFonda Sutton-Burke, Director, Field Operations-Chicago. This opioid is a very dangerous drug that can prove to be fatal. These seizures showcase the excellent work our officers perform day in and day out.”

In addition to the narcotic seizures, officers were also stopping counterfeit items from entering the country. CBP officers intercepted 42 shipments that would have been worth more than $3.29 million. The items ranged from counterfeit Apple Airpods to counterfeit designer handbags, watches, and jewelry, with 95% of the packages arriving from Hong Kong.

“Even though the money says in small print ‘copy money’ it is very easy for these bills to be slipped into mainstream circulation,” said Thomas Mahn, Port Director-Louisville. “Our officers were able to take $4.45 million of fake currency out of circulation where it could have done harm to businesses and individuals financially.”

According to the Secret Service, special agents, and investigative analysts from around the country continue to work closely with state and local law enforcement partners to minimize risks by informing the public and apprehending those responsible for passing counterfeit currency. Counterfeiting Federal Reserve notes is a federal crime. 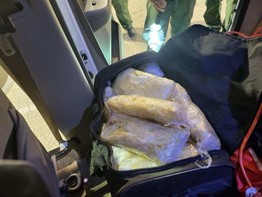 $116K of Meth Seized at the US Highway 86 Checkpoint 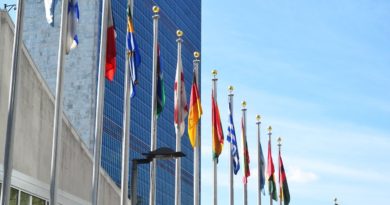