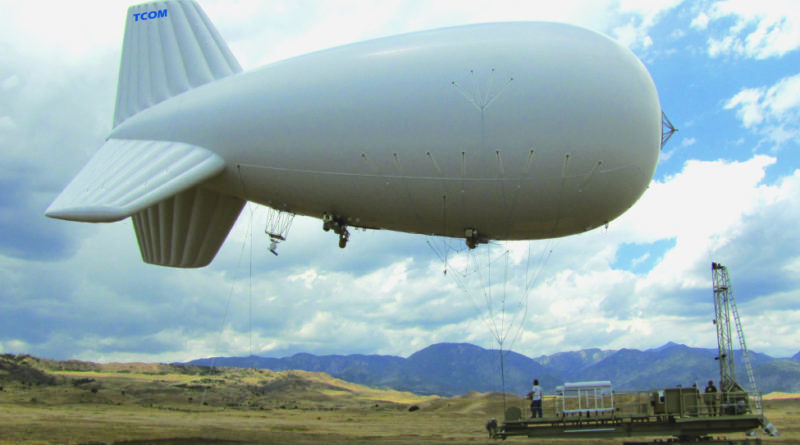 Increasing geopolitical tensions in global geo-conflict border security zones, from the South China Sea to the Iran-Saudi Arabia conflict and the Russia-Ukraine and former Eastern Europe NATO allies have made the need for reliable and cost-effective persistent airborne surveillance imperative for effective C5ISR’s doctrine for military and law enforcement decision makers. As they seek to monitor, identify, and prepare to respond when a real or perceived threat becomes imminent to their strategic interests.

Most critically, effective persistent airborne surveillance must operate in multiple environments. Border security can mean protecting critical infrastructures, maritime ports, entire maritime areas against missiles, and in the air. Adding to that complexity is the presence of largely populated areas in multiple countries proximate to the conflict zone, making it challenging to select one tool or method to create a compelling operational ‘Common Operating Picture’ for defense and border security decision-makers.

or example, according to recent media reports, it was widely reported that regional states in the South China sea, such as the Philippines, Malaysia, Singapore, Vietnam, Taiwan, Japan, and Korea, are actively increasing their proactive vigilance. Wisely, they are also considering an all-of-the-above approach for their defenses for ensuring full elevated awareness with optimized intelligence, surveillance, and reconnaissance (ISR) for land, air, and sea domains.

The importance of Persistent Airborne Surveillance for Border Security has become a topic of debate among military leaders as they contemplate, which ISR platform delivers the most effective solution for their needs.

One of the ISR platform that is getting renewed and growing attention is Persistent Airborne Aerostats. These lighter-than-air platforms deliver a battle-tested All-in-One system engineered to operate for weeks and months with the latest ISR technology. They can be used to monitor and gather intelligence from a highly reliable platform hovering over strategic border security points to collect data from the most advanced ISR sensors.

One of the critical attractions of airborne surveillance aerostats is their strategic affordability. While a remote base is unlikely to be able to use a satellite for surveillance and might only be able to call upon a large UAV occasionally. The advantage of the systems is their ability to loiter in a set position for long periods at a relatively nominal cost.

For border security applications, elevated-awareness aerostats offer persistent surveillance solutions with unique advantages over traditional ground-based radar and onboard surveillance systems. For example, when naval vessels are moored or transiting port waters, they are subject to individual surveillance and security challenges. Threats such as small, fast-moving boats are not easily detectable using traditional ship-mounted cameras or ground-based radar. Conversely, aerostat systems act as a “virtual fence” along coastlines, around vessels, or the port perimeter by providing continuous, real-time monitoring of activities from an aerial perspective. The system can detect threats at greater range and in the blind spots of traditional surface-based sensors, providing security forces with more time to think, react, engage, and neutralize threats at a port.

Aerostats are also ideal for maritime borders deployment, on land borders or directly from a vessel at sea. These aerostats can be assembled and deployed in a very short period and manned by a minimal crew. This allows commanders to use the aerostat system in areas or when escorting a High-Value Unit (HVU). The aerostat system can carry payloads, including day/night EO/IR cameras, radars, communications relays, and electronic warfare packages. The aerostat can be deployed from the deck of a vessel or a static location such as a dock or onshore mooring station. The larger size aerostat systems have a greater capacity that allows systems to operate at higher altitudes for greater surveillance range while remaining aloft for up to two weeks at a time, ensuring persistent round-the-clock surveillance for highly trafficked areas and maritime borders.

For example, as South China Sea neighboring countries consider different monitoring options, aerostat systems offer several key competitive advantages over other platforms. The first is cost. Aerostat systems require comparably minimal maintenance, resulting in an exceptionally low hourly operational cost. This allows users to obtain highly accurate, real-time surveillance data at a remarkably low total cost of ownership. Secondly, aerostat systems are capable of being on station for weeks at a time. This ensures that there are fewer lapses in coverage due to refueling or unexpected mechanical issues. Third and perhaps most importantly, aerostats payloads are easily reconfigurable, allowing the platform to be retrofitted to accommodate the latest ISR technologies in ‘minutes’ compared to ‘months’ and without the need to re-qualify the airframe for the safety of flight. For example, aerostat systems could function as a versatile platform for ISR payloads, including electro-optical/infrared cameras, radar, video, communications relays, and even cellular data and Wi-Fi. Operators can easily swap out a wide variety of actionable surveillance data and communications options to meet different missions using the aerostat system’s rapidly reconfigurable “Plug and Play” architecture.

Notwithstanding, Unmanned aerial systems (UAS or, more colloquially, drones) are tremendously useful military assets capable of a variety of non-military applications – from monitoring hurricanes to surveying flood and wildfire damage. Despite their proliferation and ubiquity, there remains room for one unmanned airborne system that predates even manned powered flight – Aerostats. Aerostats are lighter-than-air systems that use gases like helium to become airborne without lift-inducing wings or propulsive thrust. From their elevated perspective, governments and other operators can effectively and efficiently monitor thousands of square miles of land, sea, and air. During the more than 150 years since then, no one has invented a lower-cost platform to provide persistent aerial surveillance. Aerostats stay aloft for weeks at a time, with minimal cost, crew, and maintenance, backed up by manned aircraft and drones only when necessary.

From an ISR perspective, border security officials recognize that Aerostats systems have the payload size, weight, and power capacity to support high-performance radars that can detect aircraft operating well beyond the coverage of ground-based radars. For example, with advanced maritime radar, a single sea surveillance system can track maritime targets at distances of 60 nautical miles and cover thousands of square miles for weeks at a time. In addition to the radar, the aerostat can simultaneously support passive surveillance payloads like COMINT, SIGINT, and ELINT, thermal imaging, optical sensors, and communications payloads at the lowest possible hourly cost for an airborne asset. The early detection and direct communications with air and sea assets afford the critical window of time to evaluate the situation, coordinate forces and engage.

Same when it comes to protecting and monitoring land borders from above. For example, aerostats have monitored the southern U.S. Border to help combat illegal immigration and narco-terrorism, and human trafficking rings. Their persistent presence provides a deterrent effect not seen with other airborne surveillance platforms; in the Southwest, smuggling attempts by small planes have been virtually eliminated, and in the Caribbean, smuggling by “go-fast” boat has been sharply curtailed. In many cases, the mere presence of Aerostats has greatly influenced the actions of smugglers, who have quickly changed, relocated, or ceased their illicit activities altogether. They are well aware that Aerostats carry highly-effective intelligence-gathering sensors, and that if their smuggling attempts are seen, then they will be quickly intercepted by manned or unmanned aircraft.

Aerostats are a proven capability that readily accept innovative technologies, so will remain at the forefront of persistent surveillance as new electronic sensors that submit the new form of data become available. These new ISR sensors and other technologies can be more easily integrated and quickly fly aboard Aerostats, avoiding the lengthy and expensive airworthiness certification efforts necessary to fly new technology on manned and unmanned aircraft. Aerostats are the ideal airborne testbed to prove the value of, and work out any issues with, new technologies as they become available.

Moreover, aerostats are highly resilient and suited for harsh operating conditions. Due to the inert nature of Helium gas with which the aerostat is inflated, aerostat systems do not combust and are highly durable in flight. The proof is in the battlefield. For example, aerostat systems deployed in Iraq and Afghanistan during combat have been documented to remain aloft and functional even after being hit by direct gunfire. The low pressure within the aerostat hull allows the system to stay aloft even when punctured.

As border security in global hotspots becomes a critical ISR issue, military decision-makers consider using a multi-mode surveillance approach; aerostats stand out in their potential to serve as eyes in the sky in the South China Sea, the Persian Gulf, and the Former Eastern Europe-Russia border security disputes that have been immersed in perceived threats and real conflict. They are easy to deploy, operate in multiple environments are efficient and technology-agnostic. Aerostat systems need little time to deploy and have lower maintenance requirements at a substantially lower hourly operational cost than conventional aircraft and drones. Moreover, aerostats offer wide viewing angles and high resolution for more precise identification of small objects and surveillance of larger areas. In short, aerostats enable true persistent, real-time border security ISR at an affordable cost. 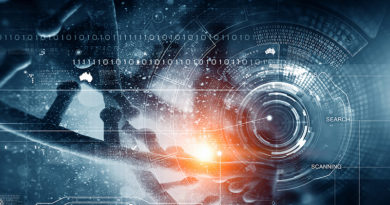 Rapid DNA: a powerful new tool in the fight against human trafficking 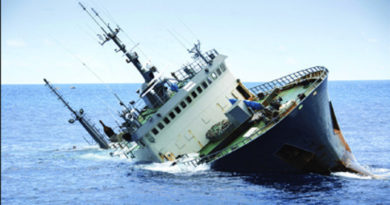 Maritime Security in the Gulf of Guinea and the Swaims Project