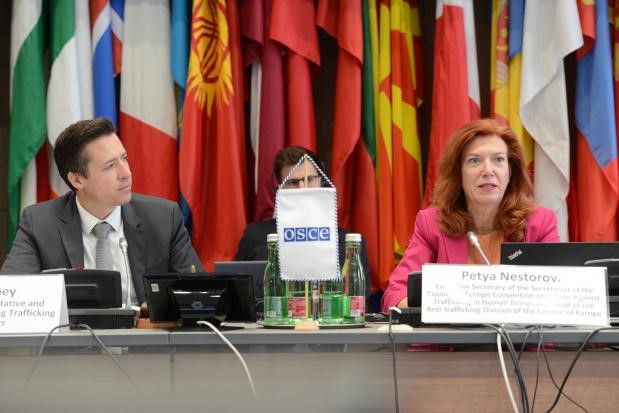 Addressing current challenges related to human trafficking and implementing international commitments, policies, and standards set forth by the OSCE and the Council of Europe’s Convention on Action against Trafficking in Human Beings were the focus of the largest annual gathering of national anti-trafficking co-ordinators and rapporteurs. Representatives from 55 OSCE participating States and three of the OSCE Partners for Co-Operation participated in a discussion organized by the Office of the OSCE Special Representative and Co-ordinator for Combating Trafficking in Human Beings and the Council of Europe that took place in Vienna on 13 and 14 June.

The OSCE Special Representative and Co-ordinator for Combating Trafficking in Human Beings, Valiant Richey, said the discussion was timely as the global fight against trafficking is at a turning point.

“Profits of trafficking are rising rapidly while criminals are expanding their operations, particularly online. And now, a new humanitarian crisis in Europe, stemming from the war in Ukraine, creates conditions these criminals are only too happy to exploit,” he said.

“Russia’s war of aggression against Ukraine has caused the largest exodus of human beings in Europe since World War II. Those of us who believe in the rule of law, who accept our society’s obligation to protect the vulnerable, and who have the luxury of safety and security, must surely respond to this situation with action,” stressed Marcin Czapliński, Deputy Permanent Representative of the Polish OSCE 2022 Chairmanship. “This is a meeting of the ‘doers’ who can make a difference in the fight against human trafficking.”

The participants discussed human trafficking-related challenges, including policy initiatives to combat technology-facilitated trafficking. The working groups exchanged views on data from the OSCE and the Council of Europe on the progress of national anti-trafficking efforts and current trends. Participants also discussed the actions needed to prevent and mitigate the risks of trafficking stemming from the humanitarian crisis in Ukraine.

Petya Nestorova, Executive Secretary of the Council of Europe’s Convention on Action against Trafficking in Human Beings, added: “Beyond the immediate risks of human trafficking inherent in armed conflict, the social and economic vulnerabilities of the millions of people affected by the humanitarian crisis provoked by the war in Ukraine are likely to increase as time goes. Hence, the need to put in place robust safeguards, prevention and detection mechanisms. As stressed by Group of Experts on Action against Trafficking in Human Beings (GRETA), co-ordinated action and rapid exchange of information at national and international level are crucial to prevent trafficking and detect potential victims.”

To enhance its response efforts, the OSCE is launching a major project to support States in addressing those risks and strengthen national anti-trafficking efforts. 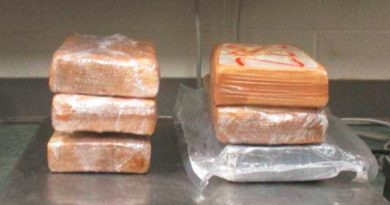