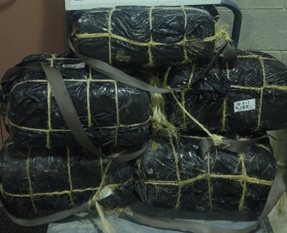 On Sept. 22, FTB agents observed several subjects carrying bundles away from the Rio Grande in Brownsville. As agents interdicted the group, the suspected drug smugglers abandoned the bundles and quickly returned to Mexico. Agents apprehended one national from Mexico and seized four bundles of marijuana. The marijuana weighed approximately 169 pounds and is valued at over $135,000. The suspected smuggler will be prosecuted under state charges.

Later that night, FTB agents, again, interdicted a narcotic smuggling attempt near the earlier seizure. During this event, agents seized five bundles of marijuana and observed six people flee into Mexico.  The seized bundles of marijuana weighed more than 119 pounds and are valued at approximately $95,000.

On Sept. 23, BRP agents observed a suspicious pick-up truck near the Rio Grande south of Los Fresnos. Agents responded to the area and observed several subjects with bundles making their way through a canal toward the vehicle. The smugglers abandoned the bundles and returned toward the Rio Grande when they detected the responding agents. The agents, along with a canine team, apprehended two nationals of Mexico and seized six bundles of marijuana. The marijuana weighed more than 148 pounds and is valued at over $118,000. The migrants will be prosecuted under state charges. 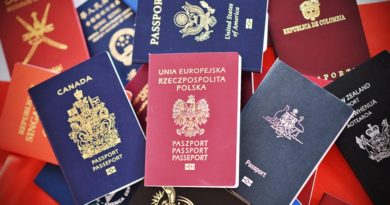 Syrians detained at the Warsaw airport with a bundle of someone else’s and forged documents. They wanted to go to Germany and Norway 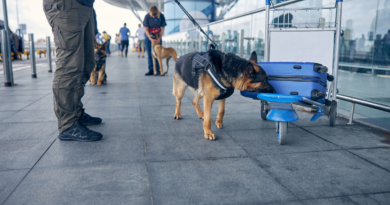