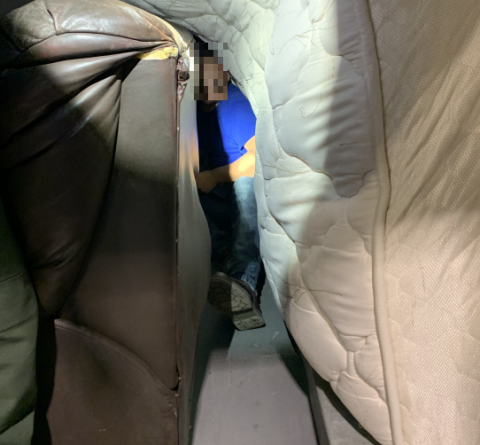 In the early morning hours of Oct. 25, a U-Haul box truck approached the primary inspection lane at the Falfurrias Border Patrol Checkpoint. Upon arrival, a Border Patrol service K9 alerted to the cargo area of vehicle. At the secondary inspection area, agents initially observed furniture, but further inspection revealed four illegally present migrants hidden within the couch and underneath the mattress. The rear door of the truck was latched shut, leaving the migrants with no way to exit. The subjects are citizens of Guatemala and Honduras. All subjects were found to be in good health.

On Oct. 24, at approximately 7 a.m., Kingsville Border Patrol Station agents patrolling on U.S. Highway 77, located an abandoned Chevrolet Suburban that appeared to have struck a tree in the median. A quick inspection of the vehicle revealed blood splatter in the rear storage area. There were no subjects in the immediate area of the vehicle, however, agents observed footprints leading away from the vehicle and into the brush. Approximately two hours later, agents located five migrants in the brush. One of the subjects was suffering from a head laceration which he claimed he obtained when the smuggler took a turn too fast causing the vehicle to roll over. The injured migrant was escorted to the hospital for medical treatment.

On Oct. 24, at approximately 5 p.m., a white Peterbilt commercial tractor hauling a flatbed trailer arrived at the Falfurrias Border Patrol Checkpoint for inspection. The vehicle was referred for further inspection after a Border Patrol service K9 alerted to the tractor area. At the secondary inspection area, agents discovered four illegally present migrants hiding in the cab area of the tractor. The driver was also in possession of a 40mm firearm. All subjects were placed under arrest and escorted inside the checkpoint for processing. 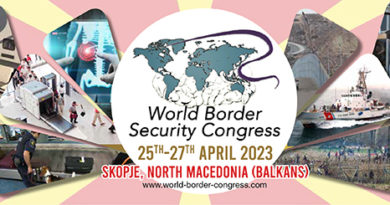 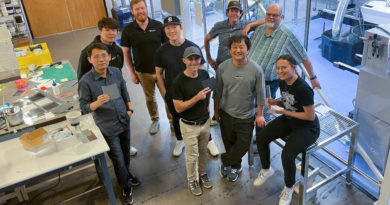 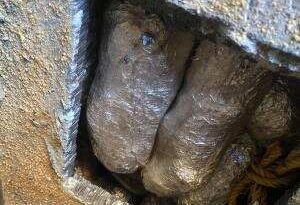