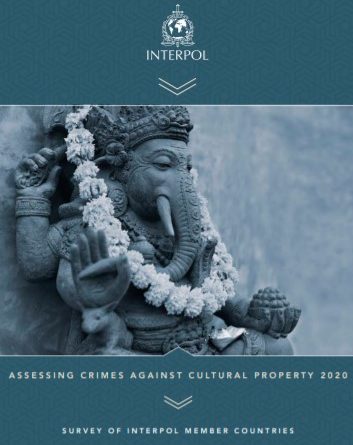 Cultural property crime has continued unabated throughout the global COVID-19 pandemic and in some cases even surged to new heights, INTERPOL’s 2020 Assessing Crimes Against Cultural Property survey finds.

The first such report compiled since the onset of the pandemic – and the first made publicly available – the survey leverages information supplied by 72 INTERPOL member countries on cultural property crimes, arrests and trafficking routes in 2020. The consolidated intelligence allows INTERPOL to analyze and compare emerging trends around the world.

In total, 854,742 cultural property objects were seized globally in 2020, including numismatic items (coins, money or medals), paintings, sculptures, archaeological items and library materials. More than half of these items – 567,465 objects – were seized in Europe, underscoring the impact of police units specialized in cultural property crimes, which are present in most of the region’s countries.

Notably, marked increases in illicit excavations were observed in Africa (32%), the Americas (187%) and, especially, the Asia and South Pacific (3,812%) compared to 2019. This could be because archaeological and paleontological sites are by nature less protected and more exposed to illicit excavation.

Conversely, COVID-19 restrictions also likely limited possibilities for criminals to steal objects from public collections. An estimated 95% of the world’s museums were forced to temporarily close their doors in 2020 to protect employees and visitors from COVID-19, according to the International Council of Museums.

Several high-profile cultural property crimes nevertheless occurred as police resources were dedicated to the pandemic, such as the theft of a Van Gogh painting from the Singer Laren museum in Amsterdam and the theft of three masterpieces from Christ Church College in Oxford.

“The COVID-19 pandemic had a significant impact on criminals involved in the illicit traffic of cultural property but did not in any way diminish the demand for these items or the occurrence of such crimes,” said Corrado Catesi, Coordinator of INTERPOL’s Works of Art unit. “As countries implemented travel restrictions and other restrictive measures, criminals were forced to find other ways to steal, illegally excavate and smuggle cultural property.”

In light of these evolving trends, INTERPOL has continued to develop new tools and update existing ones in order to allow law enforcement agencies and private entities around the world to better fight these crimes. The most effective instrument at the disposal of both law enforcement agencies and the general public is the INTERPOL Stolen Works of Art database, which holds records of more than 52,000 objects from 134 countries.

In May 2021, INTERPOL launched the ID-Art mobile application, enabling users ranging from law enforcement to the general public to gain mobile access to the INTERPOL database, create an inventory of private art collections and report cultural sites potentially at risk.

ID-Art has already been helping law enforcement in their cultural property crime investigations. Following a tip-off from a numismatist in London, the Spanish National Police recovered three gold coins dating from the Roman Empire. Two individuals were arrested when they sought to sell one of the coins, which had been stolen in Switzerland in 2012. Using ID-Art, investigators were able to identify the coins, worth an estimated EUR 200,000 on the black market.

In July 2021, a processional cross dating from the 13th century was recovered by police in Romania and returned to the Evangelical Church Museum of Cisnadie, from where it was stolen in 2016. The cross was recorded in INTERPOL’s database of Stolen Works of Art and identified via the ID-Art app. ID-Art has also helped the Dutch Art Crime unit discover two paintings that had been reported stolen and Italy’s Carabinieri identify two stolen statues put on sale on a commercial platform.

“Every country in the world is affected by cultural property crime in one way or another and the INTERPOL survey testifies to the good police work being done throughout our member countries to fight back,” said Mr Catesi. “Now, with tools such as ID-Art and INTERPOL’s Stolen Works of Art database, law enforcement and individuals anywhere can help protect our common heritage.” 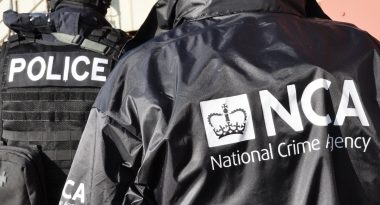 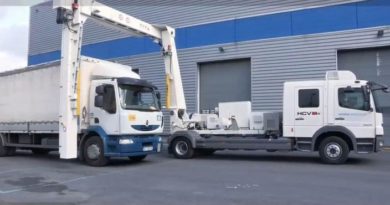