The European Union agencies active in the field of justice and home affairs have presented the first full overview of actions to help victims of trafficking in human beings. The main operational activities are listed in a joint report of the Justice and Home Affairs Agencies Network (JHAAN) published today at the occasion of EU Anti-Trafficking Day under the leadership of Eurojust. The report is a key building block of the EU Strategy on combatting Trafficking in Human Beings and serves as a key reference document for national authorities engaged in tackling human trafficking.

The report includes an overview of different actions taken by the nine EU agencies to reach out to victims of human trafficking at all stages of prevention, investigations, operations and legal proceedings. The initiative is a concrete result following the Joint Statement of commitment to work together against trafficking in human beings , signed in 2018.

The JHAAN report of today aims to make Member States more aware of the agencies’ potential in helping the early identification and protection of victims. Furthermore, it encourages them to cooperate closely with the agencies involved in this area and to build on their expertise.  The report responds to one of the key actions of the EU Strategy on Combatting Trafficking in Human Beings 2021-2025.

Frontex, the European Border and Coast Guard Agency, trains border guards across Europe and in non-EU countries on how to detect and protect potential victims of trafficking and refer them to national authorities. The agency runs a number of operations at international airports, sea and land borders aimed at detecting victims of trafficking, especially children.

It should be emphasised that early identification is crucial to promptly assist, support and protect victims of trafficking in human beings and enable police and prosecution authorities to better investigate and punish traffickers. This is why together with specialists in THB prevention across Europe, Frontex created a manual for border guards and airport staff to help spot children who may be victims of trafficking. Frontex also developed a handbook on risk profiles, as well as handbooks for border guards at land and sea borders that are used in all Frontex-coordinated operations at external borders. The agency regularly organises awareness sessions together with international organisations and NGOs in support to the identification of potential victims of THB.

This year, Frontex organised exercises at selected European airports to assess the border guards’ knowledge on indicators and risk profiles as well as the functioning of the referral mechanism in practice.

Frontex is an active player in European Multidisciplinary Platform against Criminal Threats (EMPACT) THB, and takes part in Europe-wide operations against trafficking in human beings called Joint Action Days. This year, Frontex helped identify 187 potential victims of human trafficking, 92 of whom were confirmed to be minors, arrest 175 suspected smugglers and initiate 181 new investigations as part of Joint Action Days.

An important part of our efforts targeting trafficking in human beings also takes place within the Africa-Frontex Intelligence Community (AFIC). Frontex set up Risk Analysis Cells in Gambia, Niger and Senegal that collect and analyse strategic data on cross-border crime and facilitate information exchange between various African countries. Only this year, authorities in Gambia, Senegal and Guinea managed to identify 80 victims of trafficking, including many women and children. 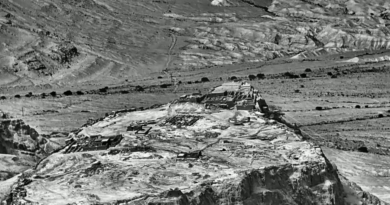 SCD introduces its innovative range of solutions across the IR spectrum for a wide range of tactical, persistent surveillance, border and coastal protection, AFV and drone applications 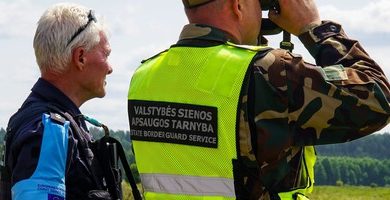 Migratory situation at EU’s borders in August: Detections on the rise