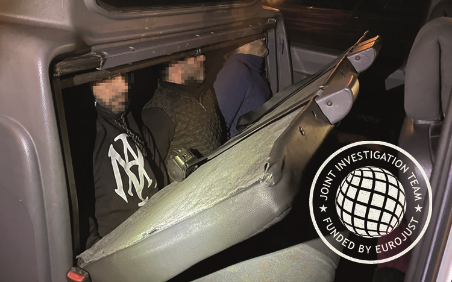 Eurojust has assisted the Moldovan and Romanian authorities in dismantling an organised crime group (OCG) that was involved in migrant smuggling. During an action day, nine suspects were detained and 66 locations were searched in the Republic of Moldova. Eurojust provided financial support and assisted the authorities in setting up a joint investigation team (JIT).

The OCG was organised in clusters, part of which was assigned to Turkey where its members identified and recruited most of the migrants destined for Western Europe. After being provided with transport to the Republic of Moldova, the migrants were brought into the country by other members of the OCG, who subsequently ensured their fraudulent border crossing into Romanian territory and finally into Austria or Germany.

The migrants were transported in small groups of six to ten people in modified vans with hidden compartments specially arranged for their concealment. The criminal group often used additional automobiles as forerunners, to prevent the transports from being discovered.

The price paid by migrants for the trafficking activity varied between EUR 5 000 and EUR 8 000 per person, depending on the distance and the nature of the transport offered.

The proceeds from this activity were invested by the members of the OCG in luxury items, cars and real estate.

During an action day carried out in the Republic of Moldova on 19 April, nine suspects were detained. A total of 66 search warrants for homes and cars used by members of the OGG were executed in Chisinau and in the southern part of the country.

In addition to supporting the establishment of the JIT and providing it with funding, Eurojust actively facilitated the cross-border judicial cooperation between the national authorities involved and organised a coordination meeting to agree upon the best way forward in the national cases.

Europol provided additional analytical support to the investigation, facilitated the exchange of information and supported the law enforcement authorities.

The following authorities took part in this investigation: 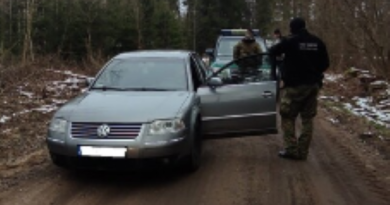