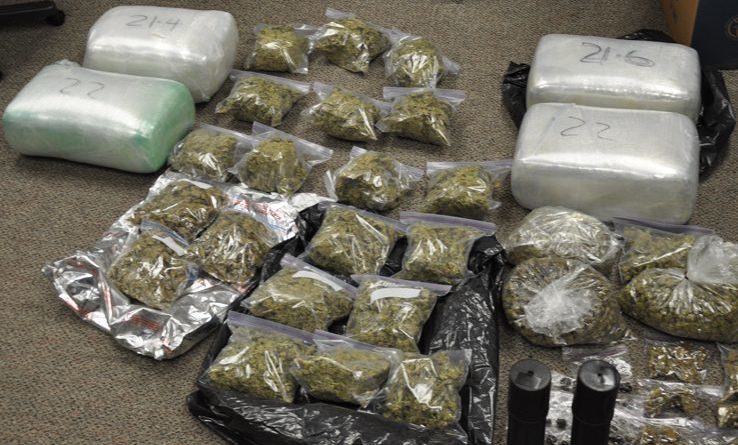 The opioid crisis continues to worsen, fueled by the rise of synthetic narcotics – such as fentanyl – as well as a variety of analogs, pharmaceutical variants and precursors. Waves of counterfeit pills are also flooding the streets, often laced with extremely hazardous substances, leading to major health problems for drug users. These narcotics are becoming increasingly difficult to identify, exacerbating an already challenging situation for the authorities. This is why many law enforcement agencies are turning to innovative technologies – such as Raman spectroscopy – to provide more accurate presumptive chemical identification and help counteract the ever-changing threat. This article discusses the extreme challenges of curbing the trade of illicit narcotics, and novel detection and identification methods being used by authorities to capture the perpetrators and keep these dangerous drugs off the streets.

Illicit drugs have long wreaked havoc on societies worldwide, directly impacting the health of users and their families, as well as putting the wider community in danger. According to the United Nations’ World Drug Report 2022, an estimated 284 million people worldwide aged 15 to 64 had used illicit drugs in the last 12 months – a 26 percent increase since 2010 – with cannabis being the most common type, followed by opioids and amphetamines. Alarmingly, 91,799 overdose deaths were recorded in the US in 2020, primarily caused by fentanyl, a highly potent synthetic narcotic increasingly used for its heroin-like effects. The reasons behind these shocking figures are complex, as are the pathways to drug use and dependence. However, accessibility is certainly a contributing factor, with platforms that connect buyer and seller – such as social media and messaging apps – providing a convenient and viable option for purchasing drugs.

Caveat emptor – let the buyer beware
Counterfeit drugs are a growing threat globally, and are being produced and distributed at an unprecedented rate. These fake medications mimic genuine, authorized medicines, but don’t comply with strict pharmaceutical standards. They are comprised of incorrect quantities of ingredients, or contain either no active compounds or incorrect – sometimes deadly – substances. The US Drug Enforcement Administration (DEA) seized around 20 million counterfeit pills in 2021, often laced with fentanyl, highlighting its ubiquity in the US, and the alarming dangers it poses to public health.

All prescription medications undergo comprehensive clinical testing to ensure they are safe and effective, but counterfeit drugs are often produced by criminal organizations in clandestine labs known as ‘pill mills’, with little concern for the health of the end user. To the untrained eye, they look the same as the legitimate version, leaving unsuspecting users exposed to their dangers, potential addictiveness and ripple effects that often impact others. This threatens not only regular substance users, but also juveniles and people experimenting, often for the first time. For example, an increasing number of high school and college students are now purchasing counterfeit stimulants or tranquilizers – such as alprazolam (Xanax) – from the dark web or social media referrals, thinking they are buying legitimate prescription medications. However, the majority of counterfeit drugs are currently being made to resemble 30 mg oxycodone pills (M30s) or hydrocodone, opioids used to treat severe pain. Even when prescribed by a healthcare professional, these medications should be taken with care and carry a risk of dependency, while fake versions can potentially be tainted with dangerous ingredients such as fentanyl, which can have devastating consequences.

Shattered synthetic happiness
Fentanyl was first developed in 1960, and has since been routinely used in clinical practice for surgical anesthesia, as well as the management of perioperative and severe cancer pain. It is an extremely potent synthetic opioid, up to 100 times more powerful than morphine and 50 times stronger than heroin, meaning that even a small amount can be deadly. In fact, the lethal dose for most people is only two milligrams – equivalent to a few grains of salt – and, alarmingly, 26 percent of pills recently tested in a DEA laboratory contained this amount.

Over the last two decades, illicit use of fentanyl has risen significantly – mainly in North America and Europe – and is inextricably linked with polydrug use. Criminal organizations often mix fentanyl with other drugs – such as heroin, cocaine and methamphetamine – because of its extreme potency, which makes the drug cheaper to manufacture and more addictive,8 boosting profit margins. It’s also nearly impossible to visually identify drugs that are laced with fentanyl, as it contains no distinguishing look, smell or taste, even at high concentrations. This leaves drug users oblivious to the health risks, with many overdose survivors explaining that they unknowingly consumed fentanyl.

This confluence of factors has intensified an already critical situation in the US, where the opioid crisis has been escalating for over 30 years. Fentanyl and its analogs – for example, carfentanil, acetyl fentanyl and furanyl fentanyl – have been a central contributor to the increase in opioid-related deaths, owing to their narrow range between effective and lethal dose.6 This has prompted calls for appropriate strategies to combat the trend, including both indirect policies – such as harm reduction strategies, education and community support – and direct methods to help keep law enforcement officers ahead of the curve, including implementing the latest technologies to analyze and identify these dangerous substances.

Outdated narcotics identification
Traditionally, law enforcement and border security personnel have used wet chemical colorimetric assays for on-site identification of narcotics and other illicit drugs. Although extensively used, these tests are under increasing scrutiny, largely owing to the availability of newer technologies, which have expanded libraries of identifiable substances. Colorimetric assays can be accurate, though multiple tests are generally required for high specificity, as is background knowledge of the suspected drug. Furthermore, they employ caustic reagents for analysis and require personnel to handle each sample – which increases personal risk if substances contain fentanyl – and subjectively interpret the results.

Bringing the lab to the field
These limitations have prompted law enforcement agencies to search for more accurate technologies for presumptive field testing, such as Raman spectroscopy. This well-established technique can identify unknown substances based on their underlying chemistry, and has long been deployed in narcotics screening in the laboratory because of its high chemical specificity; it can identify most drugs or active pharmaceutical ingredients, even molecules that have the same chemical formula with a different molecular arrangement.9 This makes it a highly effective method in a changing drug landscape, where new fentanyl analogs are constantly emerging, making it difficult to differentiate and identify small chemical changes. In fact, the Scientific Working Group for the Analysis of Seized Drugs classifies Raman spectroscopy as a ‘category A’ analytical technique: one that provides the highest level of selectivity through structural information.

Raman spectroscopy is no longer restricted to the laboratory and, more recently, hand-held devices have increasingly been employed by law enforcement agencies worldwide for presumptive testing of narcotics. This has helped to alleviate the challenges posed by wet chemical kits, making lab-quality results accessible in the field. These portable devices can identify hundreds of controlled substances within seconds – including fentanyl and common analogs – with non-destructive, non-contact analysis, and regular updates from global information sources ensure they are always scanning for the latest illicit narcotics. This is vital to help control the escalating impact of counterfeit drugs, which are mostly produced in other countries, including China, Mexico and India.4 Therefore, as new threats emerge, they are far more likely to be identified with Raman spectroscopy, providing law officers and border security personnel with the tools they need.

A ‘point and shoot’ identification action requires no sample preparation, and provides rapid results to speed up analysis, allowing operators to scan more samples in less time. They can even identify samples through glass and plastic, adding an additional layer of safety between officers and hazardous substances. This technique is now also widely accepted as a presumptive test for use with search warrants and probable cause, as well as preliminary hearings or in felony arrangements, proving a cost-effective solution to help speed up these processes.

Summary
The international drug trade continues to evolve rapidly, with widely used platforms simplifying the access to illegal products and new classes of narcotics impeding identification. Counterfeit pills are flooding the streets, and are often laced with lethal concentrations of fentanyl, driving higher profit margins for criminals, yet increasing the risk of overdoses and user deaths. It’s nearly impossible to distinguish these deadly versions from authentic pharmaceutical agents approved by public health services, or even from illicit substances that are relatively innocuous in comparison. This has intensified an already critical situation in the US and in other countries struggling with the opioid crisis, leaving shattered families and communities in its wake. It is therefore crucial that law enforcement agencies are equipped with the latest technologies to identify emerging illicit substances, helping them to stay one step ahead of criminal organizations while protecting front line officers and the public from harm. 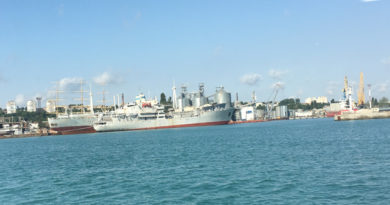 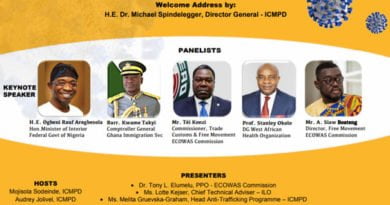