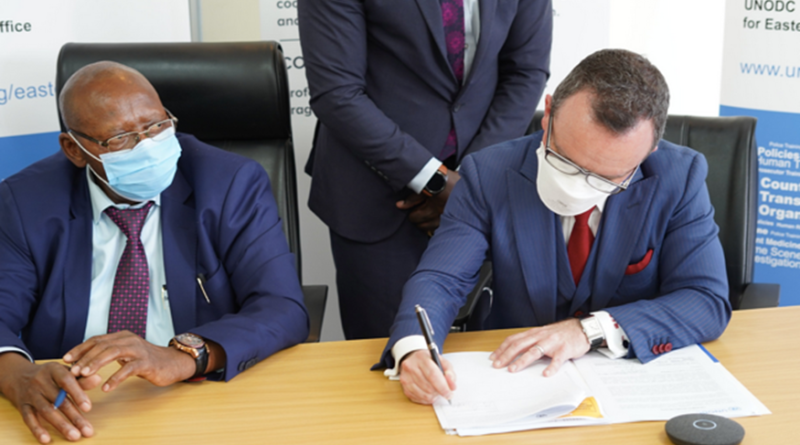 Eastern Africa continues to be confronted with serious and evolving threats of terrorism which threatens peace and security and undermines economic and social development in the region. In response to these threats and needs identified by Member States in Eastern Africa, the EAPCCO Council of Police Chiefs in 2018 established the CTCoE with a mandate to ensure timely sharing of knowledge and information, coordinated planning and capacity building, and recommending best practices to Member States in countering terrorism and violent extremism in Eastern Africa.

UNODC has since been supporting the CTCoE in formulating its business plan, concluding a comprehensive regional training needs assessment for its Member States, providing legal and technical advice on the operationalisation of the CTCoE, supporting the development and publication of various issue papers, developing regional law enforcement guidelines, and delivering various national and regional capacity building activities.

Thanks to funding from the Government of the Federal Republic Germany, the handover of the refurbished office space, equipment and vehicles – exactly a year after UNODC and the Centre launched its new website – will further strengthen the Centre’s capacity to support Chiefs of Police across Eastern Africa to prevent and counter terrorism and violent extremism in the region.

In his keynote address, Mr. Bahigwa welcomed and thanked UNODC for its support to EAPCCO, its Secretariat and CTCoE, and EAPCCO Member States through various engagements and activities over the past three years. He also appreciated the commitment by UNODC and Government of the Federal Republic of Germany to continue to support the Centre and other EAPCCO Secretariat initiatives. Mr. Kimilu, thanked UNODC for its continuous support to the Secretariat. He underscored the need for EAPCCO Member States to not only utilize the facility, but also to support the Centre by seconding law enforcement specialists to work at the Centre in support of regional cooperation and priorities.

In turn, Mr. Neil J. Walsh, UNODC Regional Presentative for Eastern Africa emphasized that identifying and supporting specific material and capacity needs was a crucial element for UNODC in ensuring that the CTCoE was well-positioned to provide specialized support and expertise to Eastern Africa Member States: “As a facilitator of international cooperation, the Centre should have access to modern facilities, vehicles, and specialized equipment to fulfil its mandate”. Ms. Elena Rigacci, delivering her remarks virtually from Vienna, Austria, applauded EAPCCO and its CTCoE for strengthening the capacity of national law enforcement institutions to counter terrorism and violent extremism.

Mr. Kruger presented a brief overview of the history and support by UNODC to the Centre and highlighted that for UNODC the technical assistance was premised in ownership, partnership, relevance and excellence. “The Centre was a centre established by the [EAPCCO] Chiefs of Police for the region. It is a facility that should and will be providing high quality and relevant products from within the region to support more informed policy and operational options and decisions by the Chiefs. It is a strong example of a sustainable solution by the region for the region – an initiative that UNODC will continue to support in the foreseeable future”, Mr. Kruger said. 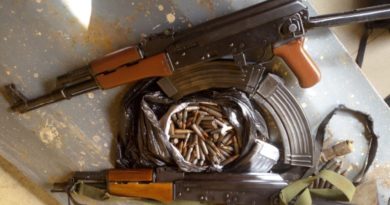 Arrests, thousands of seizures in African clampdown on firearms trafficking 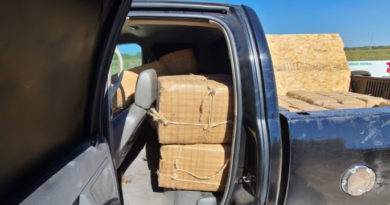 US CBP Agents Seize Nearly $700,000 Worth of Marijuana in the Rio Grande Valley Sector