Saturday morning, RGV agents working on Highway 281 near San Manuel, Texas, observed a Chevrolet Silverado hauling a utility trailer known for being used in human smuggling. Agents followed behind the vehicle when it drastically slowed down and neared the shoulder of the road. The vehicle came to a complete stop and several subjects exited the vehicle. Ten Central Americans were discovered hiding within the cab of the truck. The driver was not located.

Saturday afternoon, McAllen Border Patrol Station agents observed a red Chrysler 200 pick up several subjects near the river in Mission, Texas. As agents initiated a vehicle stop, the sedan immediately pulled over and several subjects exited the vehicle and fled on foot. Agents immediately arrested the driver and passenger of the vehicle, both United States citizen juveniles. After searching through the nearby brush, agents apprehended eight migrants from El Salvador and Guatemala. All subjects were taken into Border Patrol custody.

Sunday evening, a black Jeep Commander with two visible occupants arrived at the Javier Vega Jr. Border Patrol Checkpoint for inspection. During the inspection, a K9 alerted to the vehicle. A search of the vehicle revealed one subject concealed in the rear passenger area under some blankets. The driver and passenger were in possession of 2 grams of crystal methamphetamine and two pipes. The case was turned over to Kenedy County Sheriff’s Office.

121 arrests in operation against migrant smuggling and human trafficking 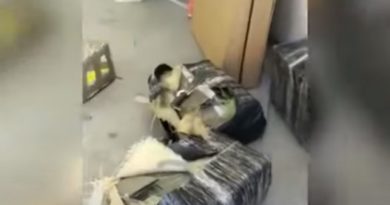