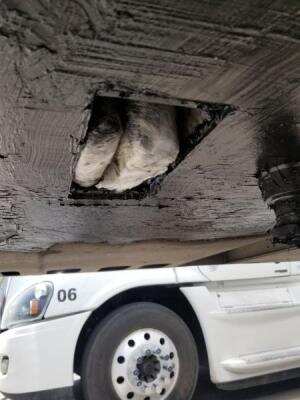 U.S. Customs and Border Protection officers at the Calexico commercial facility intercepted more than 100 pounds of cocaine Thursday, concealed in a specially built compartment of a trailer.

The incident occurred at approximately 11:30 a.m., when a 22-year-old Mexican citizen commercial truck driver entered through cargo primary lanes to make entry into the United States. The officer referred the driver and tractor trailer for further inspection.

CBP officers screened the truck using the port’s imaging system, like an x-ray, and found anomalies on the front bottom area of the trailer. The truck was sent to the dock for further inspection and a K-9 alerted to the presence of narcotics.

The cocaine has an estimated street value of $1.4 million.

CBP officers turned the driver over to the custody of U.S. Immigration and Customs Enforcement (ICE), Homeland Security Investigations (HSI) for further processing. 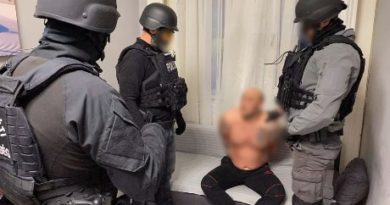