The incidents occurred from Dec. 18 through Dec. 19, the first incident involved a stolen commercial tractor-trailer that was stopped at the 30-mile marker on I-35. Agents discovered 52 individuals illegally in the United States from the countries of Mexico, Honduras, Guatemala, and El Salvador.

The next incident occurred during the early morning of Dec. 19, when an SUV approached the immigration checkpoint on I-35. While conducting an immigration inspection of the driver, agents discovered seven undocumented individuals from the country of Mexico and a small amount of methamphetamine with a street value of almost $2,000.

The final incident occurred later that day when agents conducted a vehicle stop at the 25 Mile Marker on the I-35 access road. Discovered were 12 undocumented individuals from the countries of Mexico and Guatemala.

All of the individuals including the drivers were taken into custody by the U.S. Border Patrol to be processed accordingly. 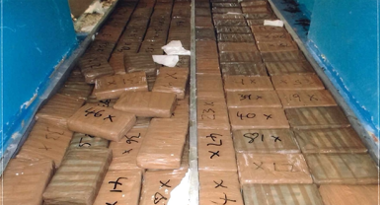