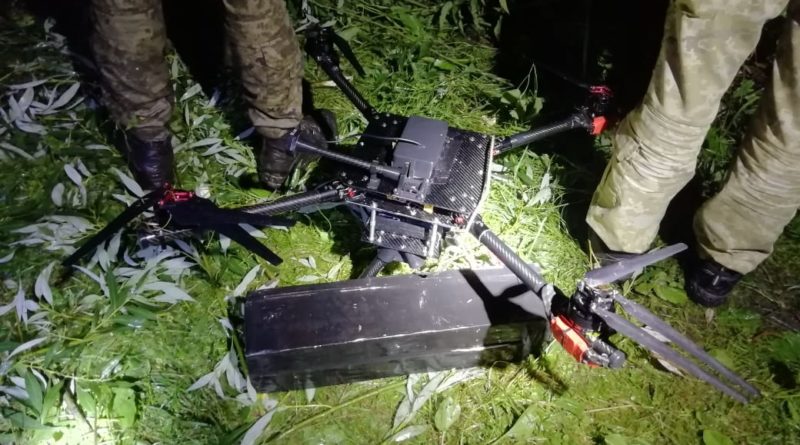 UAVs of various kinds have rapidly become extremely popular with the population. The use of drones is not limited to useful purposes or entertainment. Recently, border guards have recorded many cases when such devices are used for illegal purposes. The task of courier drones is to deliver not ordinary but illegal goods. Clever “dealers” attach packages of cigarettes and send them across the border to EU countries, where their price increases many times over.

Thus, border patrol of representatives of operational and investigative unit together with the servicemen of the department of border service “Rivne” of Lutsk detachment during their service activities found the unmanned aerial vehicle.

The flight of the drone at the border was recorded by the police at night. In the process of detection of its takeoff location, border guards found the UAV itself, with a package of cigarettes nearby.

Border guards handed over the aerial vehicle and 150 packs of cigarettes without excise stamps to the National Police. More Than 200 Pounds of Meth Seized by USBP