Between 27 September-8 October, Frontex led an international operation to crack down on serious transnational crime at EU’s eastern land borders.

The operation Joint Action Day Finestra focused on excise goods and other illegal commodities smuggling, migrant smuggling and associated document fraud. It was led by Frontex and Romanian authorities but brought together authorities and officers from 13 countries and 7 European agencies and international organisations.

The action had several goals:

The action took place at selected border crossing points at EU’s Eastern and South-eastern external land border that were identified based on careful risk analysis. It was supported by Frontex standing corps officers deployed at the land borders and coordinated from the agency’s Warsaw headquarters.

“In this Joint Action Day, we saw all the threats to EU’s external borders in just two weeks. We had the possibility to interact with colleagues from all the participating countries, allowing us to exchange and verify police information quickly, which is essential to carry out investigations.The data collected during the JAD are very useful for every law enforcement agency – it shows us the  real dimension of the smuggling phenomenon and other types of crime at the external borders. Thanks to risk analysis, we were able to allocate proper law enforcement resources where they were needed to fight against smuggling,” said Alexandru Enachescu, Deputy Director of Economic Crime Central Unit from General Inspectorate of Romanian Police:

“Such operations allow us to understand how other countries combat serious crime and exchange best practices. I am looking forward to working together with all countries that participated in the action,”  he concluded.

The operation was part of European Multidisciplinary Platform Against Criminal Threats (EMPACT), a four-year plan for the fight against serious and organised crime. It brings together police and law enforcement authorities of EU Member States, European agencies and international organisations to jointly strengthen Europe’s borders and internal security. 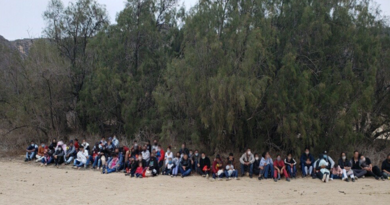