U.S. Immigration and Customs Enforcement (ICE), Homeland Security Investigations (HSI), Fresno Police Department Vice Unit, and Fresno County District Attorney’s Investigators conducted a multi-day operation to combat child exploitation and human trafficking in the Fresno area. During the operation, 10 women and girls were rescued from the sex trade while 21 arrests were made for multiple child exploitation related charges including: contacting a minor with intent to commit a sexual offense, aiding prostitution, arranging a meeting with a minor for lewd purposes and solicitation of acts of prostitution.

Operation Stolen Hearts focused on arresting human traffickers and the child predators seeking to pay for sex with minors. Undercover agents and detectives employed a variety of methods commonly used by human traffickers to contact individuals seeking to arrange sex with a minor. In support of the victims, agents and detectives coordinated with a local rescue group working with local, state, and federal law-enforcement agencies to provide hope, healing, and restoration to the survivors of human trafficking.

Two of the men arrested for arranging a meeting with a minor for lewd purposes were found to be in possession of illegal firearms. In addition to state charges, the Eastern District of California United States Attorney’s Office may seek to file federal charges for qualifying cases. 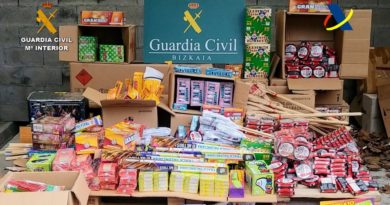 Nearly 11,000 counterfeit toys and more than 147,000 pyrotechnic devices dangerous to health and safety were seized in Bizkaia 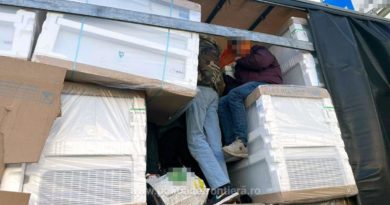 Twenty-six migrants, hidden in a truck loaded with refrigerators