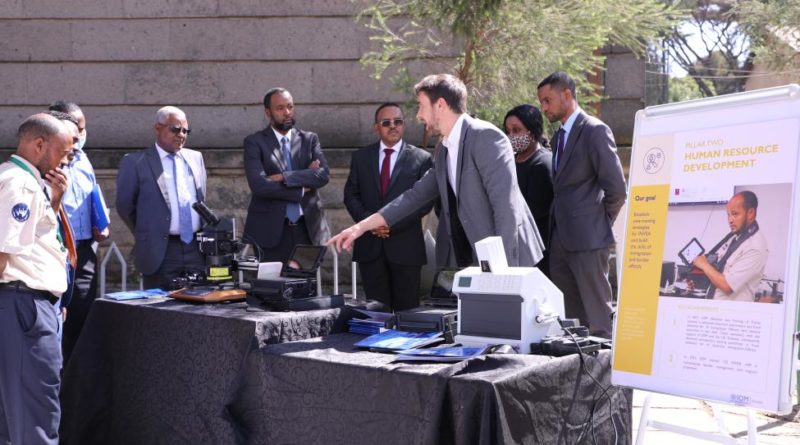 IOM and the Immigration, Nationality and Vital Events Agency (INVEA) held a ceremony at the Agency’s headquarters in Addis Ababa Thursday to celebrate INVEA’s successes in the field of Immigration and Border Management (IBM), supported by IOM Ethiopia.

The partnership between IOM and INVEA has contributed to significant improvements in the Agency’s immigration and border management initiatives since 2018, particularly related to strengthening IBM governance frameworks, developing the skills and knowledge of INVEA staff, building material capacity and infrastructure, and fostering cross-border cooperation.

“The INVEA-IOM partnership has enabled us to build new land Border Control Posts and provided various capacity development trainings to hundreds of our officers in fraud detection and migrant protection. These are just a few of the many activities we have partnered in to ensure the safe, lawful, and dignified movement of people across our borders,” said Ato Mujib Jamal, Director General of INVEA.

“IOM is a proud partner of the Government of Ethiopia,” said Mohammed Abdiker, IOM Regional Director for the East and Horn of Africa. “IOM possesses in-depth expertise in IBM, acquired through several years of programme implementation across the world, including in many States in Africa. Our Regional Office in Nairobi always stands ready to support IOM Ethiopia and the Government, as our experience has shown that effective immigration and border management capacity can positively affect a country’s development, including by improving public security and health, stimulating border community trade, and enhancing the protection afforded to victims of trafficking and other vulnerable migrants.”

During the ceremony, IOM handed over three 4X4 pickup trucks and 24 motorcycles to INVEA. These vehicles will help strengthen the Agency’s mobile border patrol capacity in remote border areas.

IOM also officially donated materials and furniture that will be used to better equip land border control posts, Addis Ababa Bole International Airport, and INVEA’s headquarters to support the Agency in its functions.

IOM Ethiopia’s IBM-related initiatives are made possible with the generous support of various donors, in large part from the German Federal Foreign Office, as well as the United States Bureau of Population, Refugees and Migration (PRM) and the Government of Sweden. 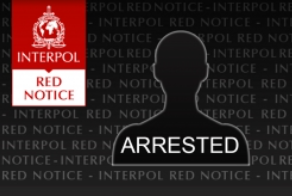 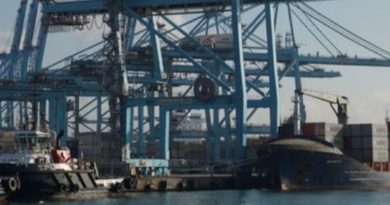 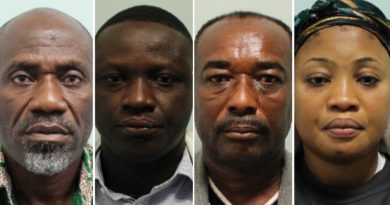