Developer of radiation and bio-detection technology solutions for the advanced imaging and CBRN detection segments, Kromek Group, has received an order from a US federal entity for the Group’s D3S-ID wearable nuclear radiation detector.

The order is worth $695,000 and is to be delivered in the coming months. This is a repeat order for the D3S-ID from this customer, following the award of a $1.6 million two-year contract in September 2021.

The D3S-ID is designed to enable first responders, armed forces, border security and other CBRN experts to detect radiological threats such as dirty bombs, radioactive contamination and smuggling of radioactive substances. It is a wearable gamma neutron RIID (radioisotope identification device) that the Group believes is one of the fastest and most accurate isotope identification devices in its class on the market. Kromek’s D3S platform – comprising the Group’s range of D3S products – is widely deployed as a networked solution to protect cities, buildings, or critical infrastructure.

Dr Arnab Basu, CEO of Kromek, said: “We’re pleased to have received this latest order for our D3S-ID nuclear radiation detector that provides security authorities with an early warning system for potential threats. Being awarded a repeat order for this product from this important customer is a great endorsement.

“With the volatility of the current geopolitical environment, we are receiving heightened demand for our CBRN solutions, from new and existing customers, as governments become increasingly aware of the need to enhance their real-time threat monitoring. We believe that our solutions are best placed to provide them with this capability and, accordingly, we expect to receive further orders for our nuclear security products in the near term.” 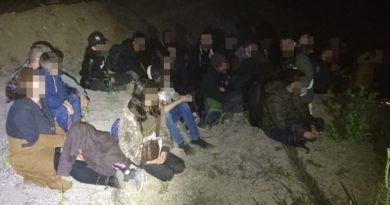 More migrants crossed illegally into Lithuania over the weekend 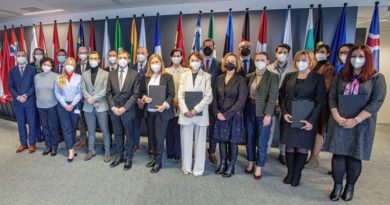