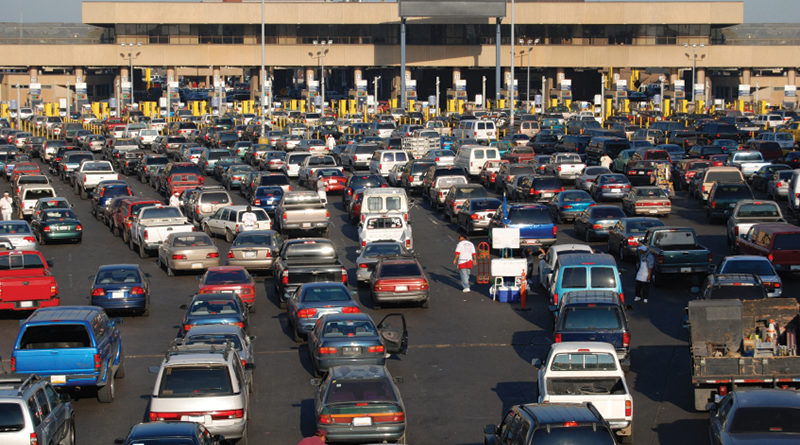 The ability for border agencies to rapidly increase the level of security screening at a particular border crossing in response to changing circumstances and threat levels, has once again been demonstrated over the six months with the EU Belorussian border migrant crisis. It began May 2021 when Belorussian authorities forced the landing on a Ryanair flight in its airspace and removed a passenger, the dissident, Roman Protasevich. The EU applied sanctions in July 2021, and that led Belarusian president Alexander Lukashenko’s threat to “flood” the EU with human traffickers, drug smugglers, and armed migrants.

Since then, tens of thousands of immigrants, primarily from Iraqi Kurdistan, but with smaller groups from Africa and Asia, have been making their way via Belorussia to Lithuania, Latvia, and Poland in an attempt gain access to the EU.

The situation on the EU’s Eastern border, once again shows how quickly, what seemed like a perfectly normal stable situation six months ago, can deteriorate rapidly into a full blown crisis.

But mass migration and human trafficking might not be the only threat that a geopolitical crisis like this can produce.
As we have seen so many times before, a migrant crisis can be exploited by bad actors as a cover for other cross border criminal activity, such as infiltrating foreign terrorist fighters. It can also be used as effective cover for smuggling explosives, weapons, drugs or perhaps even more worryingly in the case of ex-Soviet countries like Belarus, chemical weapons and nuclear materials. Because, whilst the EU authorities are concentrating their attention, resources and energy on migrants and human trafficking, they may not be looking quite so hard at some of the other loads crossing the EU’s borders.

After all, what could be simpler for experienced criminal organisations than to bride a truck driver to carry paying migrants, whilst the following truck carries their other high value contraband.

Bad actors always have the benefit of surprise. They can observe border agencies in action and can switch modus operandi and points entry at will. And exploiting paying migrants and truck drivers is a win win as far as they are concerned. They get paid by the migrants regardless and they can use the authorities stretched resources and focus on human trafficking as a cover for other criminality.

It is therefore important the agencies at the border keep criminals guessing by switching tactics and stretched resources.
Ideally, you would have the latest high tech screening equipment permanently installed at every border crossing point. But most of the world’s borders are not fenced and contain multiple crossing points. Much of the EU’s Eastern borders have been open for decades and it would take years to properly secure these borders, if indeed that was seen as desirable.

So, having access to high tech mobile security screening equipment is therefore vitally important. Because if you can’t be strong everywhere at once, concentrate your strength at different points, at different times and keep switching locations to keep the criminals off balance.

So, what sort of equipment is available for this sort of strategy.

At the high end of the market you have the large truck and trailer based non-intrusive screening systems like the Smiths Detection HCVM range and the Rapiscan Eagle M60 range of vehicles.

The Smiths HCVM X-ray screening system is designed for ease of operation and can be driven from location to location and be ready for use in less than 30 minutes. The HCVM requires a minimal footprint and external infrastructure. This system uses a range of accelerators from 4MeV to 6MeV and a variety of scanning modes.

When equipped with the optional iCmore™ radioactive-material detection system, the HCVM can carry out simultaneous X-ray inspections and an analysis to detect radioactive gamma and or neutron materials.

The Eagle® G60 ZBx cargo and vehicle inspection systems offers high-energy transmission imaging with material discrimination for penetration of dense cargo, which is complemented by Z Backscatter imaging technology that highlights organic threats such as explosives and drugs.

The Rapiscan ZBV® is based on a standard van and so can be quickly driven to the required location and can be used either in a static or drive by mode for cargo and vehicle screening system. It’s Z Backscatter® image quickly and clearly reveals threats like explosives, drugs, currency, and trade-fraud items such as alcohol and cigarettes and is designed for high-throughput environments like border crossings and security checkpoints.

Chinese company NUCTECH produce the MT0200BX Cargo and Vehicle Inspection System which is a mobile X-ray inspection system built on a van chassis. It uses backscatter imaging technology and can be used in both a static and mobile mode.

Another van-based technology is the Sequestim scanner, which has successfully demonstrated the ability to find people and animals hidden inside freight trucks. The scanner images the heat of people and animals behind truck curtains moving at any speed. It uses ground-breaking terahertz technology and is completely safe as it emits no radiation of any kind. Sequestim say that in live demonstrations to the UK Border Force and Defence Science and Technology Laboratory, they showed that their scanner can detect people hidden inside packing crates, even if they have only been inside the crate for a very short time. This means Border authorities can, for the first time, start screening vehicles without necessarily bringing them to a halt, enabling vehicles approaching border control to be directed to lanes for further security checks or to fast lanes, speeding up the screening process. It would be especially useful if vehicles were part of a trusted carrier scheme like those proposed for the UK/EU border. Whilst it only works on curtain-sided freight vehicles, it offers an important new tool if we are to really make trusted carrier schemes a reality.

ClanTect’s Motion Detection Technology systems (MBT) are used to detect the hidden presence of people inside vehicles. MBT systems are based on sound and vibration technology (these systems are sometimes referred to as ‘Heartbeat’ or ‘Human Prescence’ Detection systems). Its ultra-sensitive sensors can detect even the faintest of movements, from anywhere within a vehicle and have been in use by UK Border Force and Polish border guards for some years.

The most recent operational version of the MBT is fully portable. It consists of a battery-operated compact device (enabling 24×7 operations without mains power), four sensors and a wind frame, which can be easily transported in the boot of a standard saloon car.

The system is extremely fast and accurate (approx. 60 seconds for a vehicle search), and is very easy to use, the search process is fully automated, and, unlike X-Ray and some other technologies, it is completely safe for both the operator and for the stowaway. It utilizes a unique ‘blocking’ capability, which eliminates any nearby surrounding vibration such as wind or other vehicle movement. The Wind-Frame is a unique and crucial component, for executing the vehicle searches in an open environment. The system can be set-up and deployed in ad-hoc outdoor roadside locations, even in windy weather conditions, within a few minutes. The MBT portable system is already in service in Europe with Frontex and other Border Agencies.

New to the market is the UVIScan Gamma, a patent pending technology to detect radioactive objects, both inside and under the vehicle. The technology combines the regular UVIScan Under Vehicle Inspection scanning system with a Radiation Scan.
When a car is passing the scanner, carrying radioactive material, the system will generate an alarm. The detection of the radioactive material will be clearly displayed on the user interface.

UVIScan Gamma is available integrated with UVIScan Rapid Deployment. It fits into the back of your car, can be installed within 15 minutes.

In late 2020, Kromek launched the D5 RIID, a high performance radioisotope identification device (“RIID”). The ruggedised device, detects a wide range of sources, including special nuclear material and mixed, shielded and/or heavily masked configurations. It provides high accuracy dose measurement and has an ultra-low false alarm rate of less than 1 in 24 hours. The D5 RIID combines this advanced performance with being small, lightweight and easy-to-use – capable of being operated in one hand. It offers multiple modes of configuration, including being able to provide app-based training, and can be easily integrated into standard and custom networks.

Swedish technology company Serstech produces the 100 Indicator, a hand-held, small, and light Raman spectrometer that can identify more than 14,000 substances. The Serstech 100 Indicator is small and light and comfortably fits in your hand or uniform pocket.

It is robustness and high performance provides near lab-quality analysis in the field even under toughest conditions. The same instrument can be customised to identify any combination of explosives, narcotics, toxic industrial chemicals (TICs), pharmaceuticals and chemical warfare agents. 3DX-Ray, which is the global distributor for the Serstech range also manufacture the ThreatScan range of flat panel portable X-ray scanners.

These systems are becoming increasingly popular with law enforcement and border agencies, as they offer incredible portability, flexibility and military grade capability, in a roadside situation when larger more expensive x-ray systems are not available.

The whole system can be packed into the boot of a regular vehicle and deployed on remote border crossings or vehicle checkpoints, with no logistical infrastructure required at all.

Portable Biometrics
Finally, that brings us to processing people.

A number of companies produce mobile biometric devices including BioRugged with their Ruggbo handhelds and BioWolf tablets and German company Dermalog produce the 4000 range of handheld readers.

Most of these devices work on Android operating systems, include high resolution cameras for facial photos, fingerprint scanners, and OCR for document readers and work on WIFI.

Regula have developed the mobile workstation 8003М, which is specifically for express authenticity verification and advanced examination of passports, ID cards and other travel documents, visa stamps in the field. The 8003M comes in a protective case and is powered by a battery pack.

These are just a few of the products that are currently available on the market, but technology is moving so fast, especially around the area of mobile tech, that this is no doubt a subject we will return to time and again.

Migrants and Their Vulnerability to Human Trafficking, Modern Slavery and Forced Labour 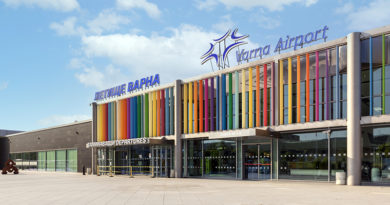