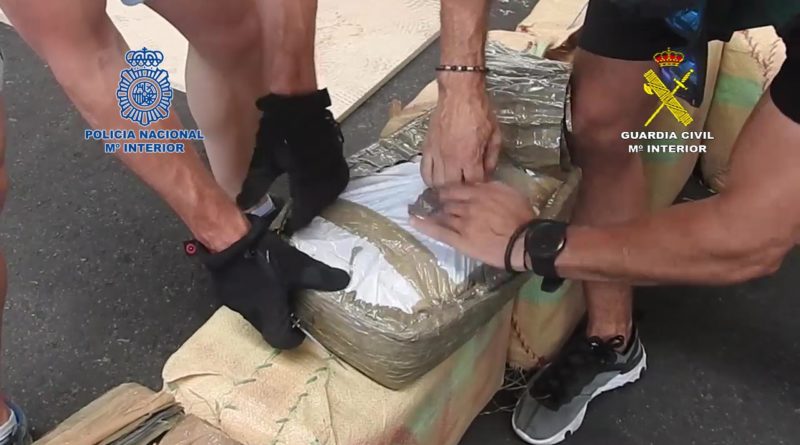 They imported the drug by sea from its origin in Africa through the Canary Islands in order to mislead the police action and be able to later distribute it in the peninsula and the rest of Europe; They had a great infrastructure developed by a company that was in charge of transporting the narcotic substance from the islands to the peninsula through the port of Alicante, hiding it in large wooden compartments by means of sea containers; Before sending the illegal substance to Madrid, where it was stored in industrial warehouses, the organization cooled it in establishments and premises in the Canary archipelago, waiting to be sent regularly with the certainty of not being discovered; Also, to evade police action,

Agents of the National Police, in a joint operation with the Civil Guard, have intervened almost four tons of hashish in a macro-operation against a group of drug traffickers who, allegedly, used the Canary Islands as a new route of entry to the country. They imported the drug from Africa to Spain in order to distribute it throughout the peninsula and Europe. They had a large infrastructure developed by a company that was responsible for transporting the narcotic substance from the islands to the peninsula through the port of Alicante, hiding it in large wooden compartments by means of sea containers.

The investigation began when the agents became aware of the existence of a route to introduce narcotic substances to the peninsula, making a previous stop in the Canary Islands. With this new technique, they tried to evade police action and easily distribute the drug throughout Europe. With the first investigations, they found out that the members of the group of drug traffickers had establishments and premises where they cooled the drug from Africa, before sending it to Madrid.

Later in the investigations, they discovered that they had an infrastructure developed by a company that was in charge of importing drugs to the peninsula in maritime containers. So that it could go unnoticed, they hid it in large wooden compartments. In addition, the leaders controlled drug movements at all times from their base in the Canary Islands, where they led an apparently normal and discreet life. To do this, they used complex technical devices and commercial structures, with which they coordinated their main lieutenants to travel to the Iberian Peninsula prior to the arrival of drugs in Madrid.

Thus, these people were in charge of carrying out counter-surveillance work for several weeks in the ports and places that they intended to use to introduce the hashish and proceed to its subsequent storage. Once the lieutenants were established in Madrid, they acquired large industrial warehouses far from urban centers, where they could store the huge consignments of narcotic substance in a safe way. To introduce the drug into the peninsula, they used to use the port of Alicante. Likewise, the organization carried out previous counter-surveillance tasks, displacing its men of trust to the companies in charge of transporting the cargo and, thus, avoiding being discovered by the police. In case the police presence is detected,

Once the investigators collected all this information, they increased their efforts to control the cities of Las Palmas de Gran Canaria, Alicante and Madrid, used by the criminal plot as strategic points to import hashish. Thanks to the continuous police surveillance of the organization, they discovered an industrial warehouse in the Madrid town of Leganés, where two trucks loaded inside it in a very short time. Each time these charges were produced, the members of the criminal organization carried out a counter-surveillance on the trucks and vans in which, supposedly, they had loaded the narcotic substance, so it was difficult for the agents to be able to track those vehicles without be discovered.

Shortly after, the agents intercepted a large cargo van at the limit of the municipality of Casarrubuelos, adjacent to Toledo. The driver tried to flee before being arrested, endangering pedestrians and vehicles passing through the area. Investigators seized 1,274 kilograms of high-quality hash from inside the van.

After this seizure, the agents organized a complex operational framework aimed at simultaneously arresting all members of the criminal organization. In this way, two lieutenants who were in Leganés, controlling the collection and storage places of the substance, were arrested. Likewise, the main leader of the organization, a Spanish citizen living in the Canary Islands and who controlled the entire operation from Las Palmas de Gran Canaria, and the third lieutenant, who tried to hide when discovering that the organization was dismantled, was finally located. . During the leader’s arrest, two searches were made, in one of which the organization had established a first cooling point for the narcotic substance,

Thanks to this device, it has been possible to completely dismantle the collection and storage places of the narcotic substance that the investigated criminal organization had in Madrid and the Canary Islands.

In a consecutive way, the acting agents, who had controlled the entry routes of the narcotic substance of the criminal organization in the peninsula, traveled to the Port of Alicante, where a total of 1,782 kilograms of high quality hashish was intervened, achieving, in this way, to completely dismantle the investigated criminal organization and completely break its route of entry into the Iberian Peninsula. In total, almost four tons of hashish have been seized, two vans, a vehicle, a motorcycle, 5,280 euros in cash, various computer and documentation equipment. 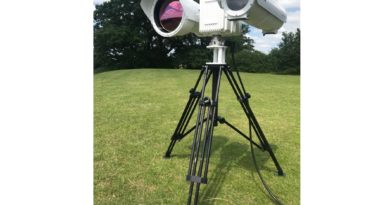 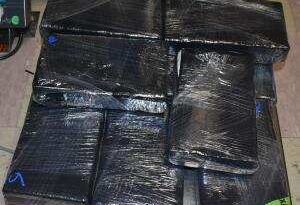 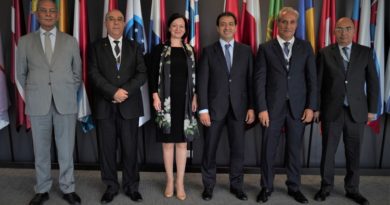 Frontex and Morocco to strengthen cooperation