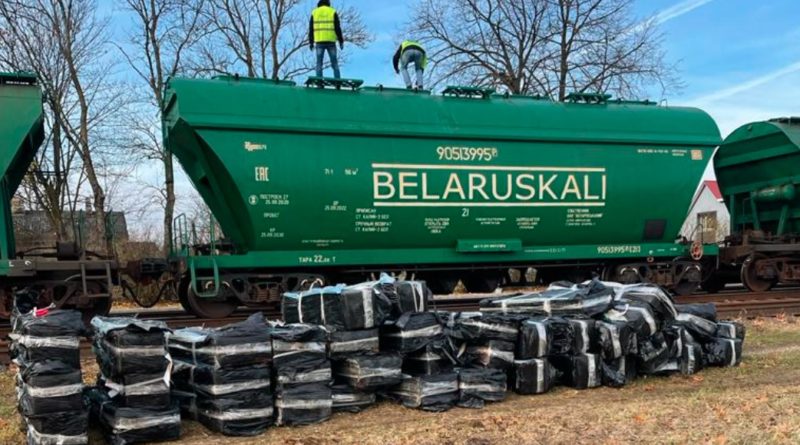 Despite the biggest problem on the border with Belarus, this year remains the migrant crisis, border guards continue to struggle with another phenomenon: the growing smuggling of cigarettes from Belarus. In 11 months of this year, border guards detained a total of 2 million. 410 thousand 197 packs of illegal cigarettes. This is 661 thousand. parcels more than last year in 11 months, when smugglers lost 1 million. 748 thousand 939 packets.

Although the number of smuggled arrests has increased significantly, the number of traffickers and detainees has decreased. This is due to an attempt to transport larger loads this year.

During the 11 months of this year, SBGS officers investigated a total of 379 cases of smuggling at the Lithuanian border. During the same period in 2020, 503 such attempts were prevented.

In January-November of this year, SBGS officers detained 419 persons on suspicion of smuggling or illegal transportation of excise goods, compared to 619 last year. nationals and stateless persons.

The main methods of smuggling have been similar in recent years, with only the amount of smokers being smuggled changing. The smuggling of goods is carried out by both individual smugglers of cigarettes sold to a small number of consumers in their environment and by criminal groups involved in the smuggling of cigarettes on a larger scale. Often the state border is not violated, and goods are simply transported from Belarus to Lithuania via the borderline.

The significant difference in the number of tobacco products seized compared to the previous year is probably also due to more frequent seizures of tobacco products transported by train from Belarus. It is also believed that the influx of migrants has led to more and more smuggled cigarettes falling into the hands of border guards as the protection of the state border has been strengthened.

In addition, border guards have identified cases where wear and tear of the locking mechanism of the wagon has been used, in which case the sealed cavities can be opened without damaging the consignor’s company or the customs seal.

The railway is attractive to hide excise goods because large quantities of smuggled can be transported. It is quite easy to hide them among other cargoes or unload smokers at any point on the transportation route away from the state border. Landing locations can also be changed frequently.

According to the SBGS, there is another important reason, probably related to the intensification of smuggling by rail. This is the strengthening of the protection of the so-called “green” border through forests, fields, water bodies through the introduction of border surveillance systems (more than 60% of the EU’s external borders are monitored by modern border surveillance systems). This is forcing smugglers to look for new ways to transport it.

The majority (95.9%) of cigarette smuggling detained by border guards was brought from Belarus this year. It should be noted that the entire state border with Russia is controlled by surveillance systems, therefore SBGS officials record only isolated cases of smuggling of smokers from Russia through the “green” border.

The tendencies of smuggling to Lithuania visible to the border guards are also confirmed by the information published by the Lithuanian Customs on the significantly increased flows of illegal smokers detained by this service from Belarus.

98.6 percent. During the 11 months of this year, cigarette packets seized by border guards were marked with Belarusian excise stamps. Fest, NZ and Minsk cigarettes manufactured at the Neman Grodno tobacco factory are the most frequently seized. The increase in the smuggling of tobacco products is also due to the fact that this factory produces several times more cigarettes than are needed for the Belarusian market. Surplus products are illegally exported to the markets of other countries, including Lithuania.

According to the SBGS assessments, the illegal transportation of goods is determined by the following factors:

– the increase in excise duties on tobacco products and tobacco is widening the gap between retail prices for cigarettes in the EU and neighboring countries;

– quick profits from the sale of illegal cigarettes;

– Lithuania’s geographical location is convenient for the transit of smuggled cigarettes deep into EU countries. There is no doubt that some cigarettes “settle” in Lithuania itself;

– One of the factors attracting Belarusian cigarette smuggling is that the country’s regime is actively supporting this shadow activity.

Border guards say the strongest pressure on border security due to smuggling remains on the Belarusian section. Transporters are adapting to the situation and are looking for new, more ingenious ways of smuggling goods: drones are becoming more common, and border waters are being tried. 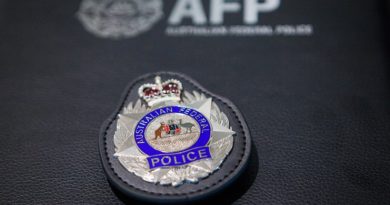 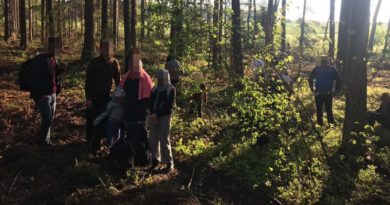